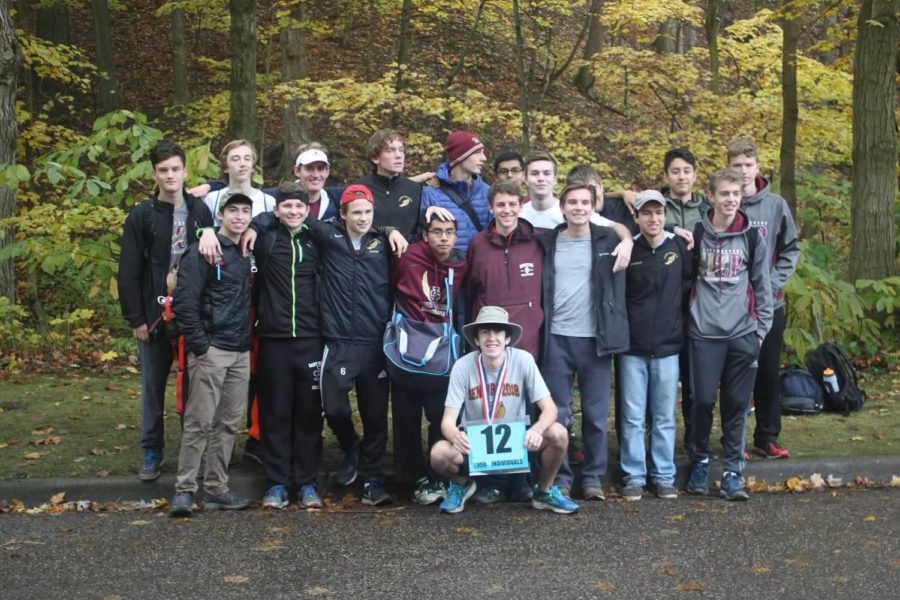 Running is the world’s oldest sport, dating back to 1829 BC, and probably earlier. According to a recent survey by Nielsen Scarborough, about 20% of Americans say they go running or jogging. Some enjoy running, but most do it for exercise or stress relief, while some can’t stand it. A select few, however, not only enjoy running, but live and breathe it. This group is known as the cross country team. Saint Ignatius Cross Country has produced many great runners, especially in the last 10 years, and continues to make headlines in the 2017 season.

This year Michael Obroin ‘18 finished 12th in Illinois and 1st in the Chicago Catholic League, which also happens to be the oldest high school cross country conference in the United States. When asked about the feel of the State meet and the competitiveness of it, Obroin said, “It’s different from every other meet we run. Everyone in Illinois has been training all season for this one race, so every single guy is dialed in. The competition is really unmatched, there isn’t one runner who doesn’t belong there.”

Coach Nate McPherson also enjoyed the success of the season. When asked to comment on how he thought the season went, he responded, “The number one goal is for the guys to buy into the vision of the team, care for each other, work as hard as they can, and improve. We absolutely achieved our goal this year, and even though we had a rough ending, barely missing qualification for State as a team and coming in 2nd in the CCL, the senior leaders developed attributes that contributed to making this team a success that was fun for everyone.” Coach McPherson is also very excited for next year, as “the junior class this year is full of key leaders and contributors next year. If every guy stays healthy, we will absolutely find success.”

Cross country has had an impact on many students at Ignatius throughout the years. Michael Obroin ‘18 said that “cross country was the best decision I’ve ever made. It has completely changed how I have gone through high school, and I have had something to work towards and look forward to every day. I have always been able to go out after school and have a great run with a great group of guys, as we have all been running together since freshmen year and have gone through the high school experience together, which has been pretty cool. The team runs together after school everyday throughout the year, rain or shine, warm or cold. Coach McPherson says that “You can’t just manufacture that relationship you have with the guys on the team. Working everyday with these guys is awesome. Many people would say that Cross Country is weird, but running with the team is just a celebration of that weirdness and it’s really unique.”

The Cross Country team is not just a team, it is a brotherhood. Junior runner Tom Novy ’19 explains that he has “met some of [his] closest friends on the team. Nothing compares to putting in hours of work every single day all year round with guys who become your brothers.” The Wolfpack is still working almost everyday after school, with Junior John Walls clocking about 60 miles a week for an off season pace. They aren’t super humans, they just love the struggle. Congratulations to the Cross Country team on a fantastic season, and good luck for the season to come.