The Walk Benefited a Worthwhile Cause, While all Proceeds Went to Misericordia 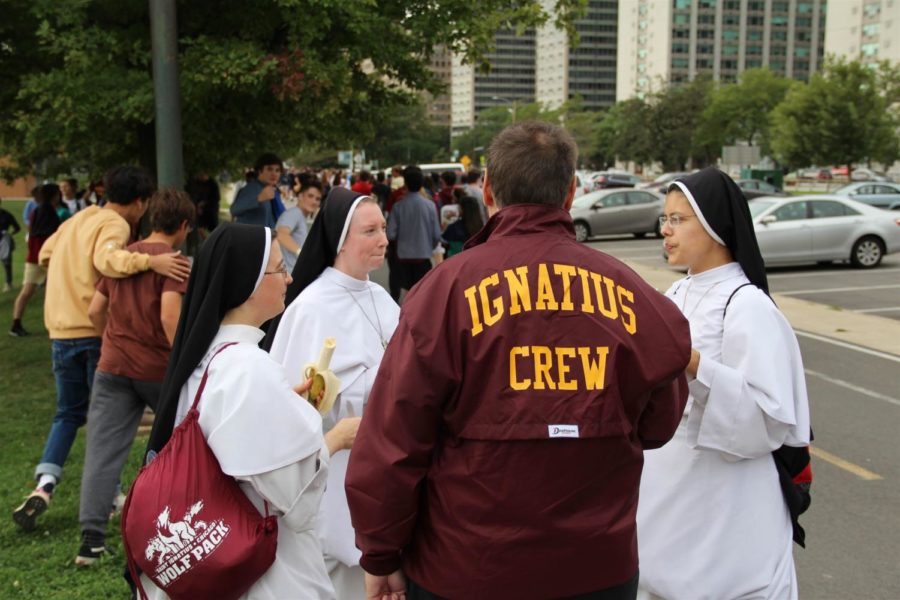 Sisters of SICP talk the walk with Father Caruso.

As a school community on Friday, September 27th, the St. Ignatius community took part in a six mile walk to celebrate our 150th anniversary and raise money for Misericordia, an organization that many SICP students are involved with. Misericordia is a non-profit organization that works with volunteers and employees to offer up a safe environment for each person to grow in spirit, dignity, and respect. By “supporting children and adults with intellectual and developmental disabilities,” according to their mission statement, Misericordia has helped countless humans throughout the Chicagoland area. St. Ignatius chose Misericordia in order to honor the wonderful organization. The organization of this event can largely be credited to Mrs. Junkins, who works in the SICP Development office, has been working on planning every part of our celebration for the 150th anniversary. She described the walk as “a time of reflection for us to look back upon the past 150 years of our school community and recognize the effects they carried on to make St. Ignatius the school it is today.” She also mentioned the walk as “a time to look to the future and the next 150 years so we can act in a way that inspires future Ignatians to do good for the world.”

The walk tradition first started in the 1970’s as an effort to pay for the operating budget for the school, and the last walk was held in 2000 as a service event. This year, SICP has chosen Misericordia as the recipient of our funding efforts and is hoping to raise $150,000 of donations. In order to ensure that this goal was reached, Mrs. Junkins set up a contest for the students of St. Ignatius and challenged them to see who could raise the most money every day. On the day of the walk itself, students followed nearly the exact same path as Saint Ignatius students in the past. The walk began at North Avenue beach where students walked north towards Irving Park, turned around and walked back to North Avenue. Just as in years previous, students will also have a lunch together after the conclusion of the walk. We were so excited and grateful to have the opportunity to carry out this tradition for our 150th anniversary and looked forward to raising money for Misericordia. 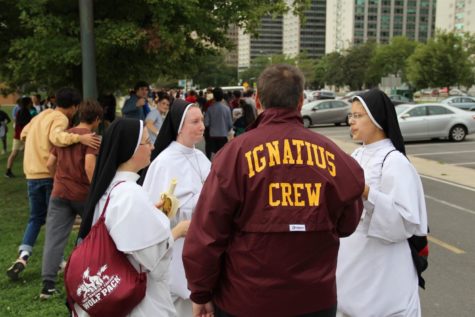 SICPSisters of SICP talk the walk with Father Caruso.