Mass Vaccinations Begin, Signaling a Light at the end of COVID Tunnel 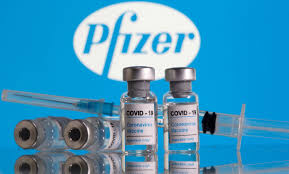 Pfizer, the most Effective of the Vaccines Currently in use https://www.reuters.com/world/middle-east/israel-signs-deal-buy-millions-covid-19-vaccine-doses-pfizer-netanyahu-says-2021-04-19/

As we have passed the one year mark since the pandemic began, brighter days seem to be on the horizon. In Illinois, everyone age 16 and up is eligible for the COVID-19 vaccine, a protocol that began on April 12th. Roughly 54% of Americans 18 and older have received at least one shot, and the U.S. is currently administering an average of 2.7 million doses per day.

The Johnson and Johnson vaccine is the first single dose shot available (both the Moderna and Pfizer vaccine require two doses), though it underwent a temporary pause in distribution over concerns about clotting. The Pfizer vaccine is safe for people 16 and older, the Moderna vaccine has been authorized for people 18 and older, and the Johnson and Johnson vaccine has been approved for people 18 and up, although they’ve already begun trials on 12 to 17 year olds and plan to begin trials on infants soon. Each one of these vaccines went through rigorous trials to prove their efficacy. After a 21 day multinational, placebo-controlled, and observer-blinded study, the Pfizer vaccine proved to be 95% effective. Similarly, Moderna tested 30,420 volunteers who were randomly assigned in a 1:1 ratio to receive either vaccine or placebo. At the end of this trial, the vaccine proved to be 94.1% effective, coming in right behind Pfizer. The Johnson and Johnson vaccine has had the lowest efficacy rate of a COVID-19 vaccine yet, proving to be 66% effective, still very effective against severe cases. Experts say the lower efficacy rate should turn people away from taking the vaccine if it’s available to them.

The COVID-19 vaccination campaign is already the largest in history. As of March 3rd, 269 million doses have been administered and 56 million people are fully vaccinated, totaling approximately 0.72% of the world population. More Americans have already received at least one dose of a vaccine than have tested positive for the virus since the beginning of the pandemic.