The Wolfpack is Back (and noticeably larger) 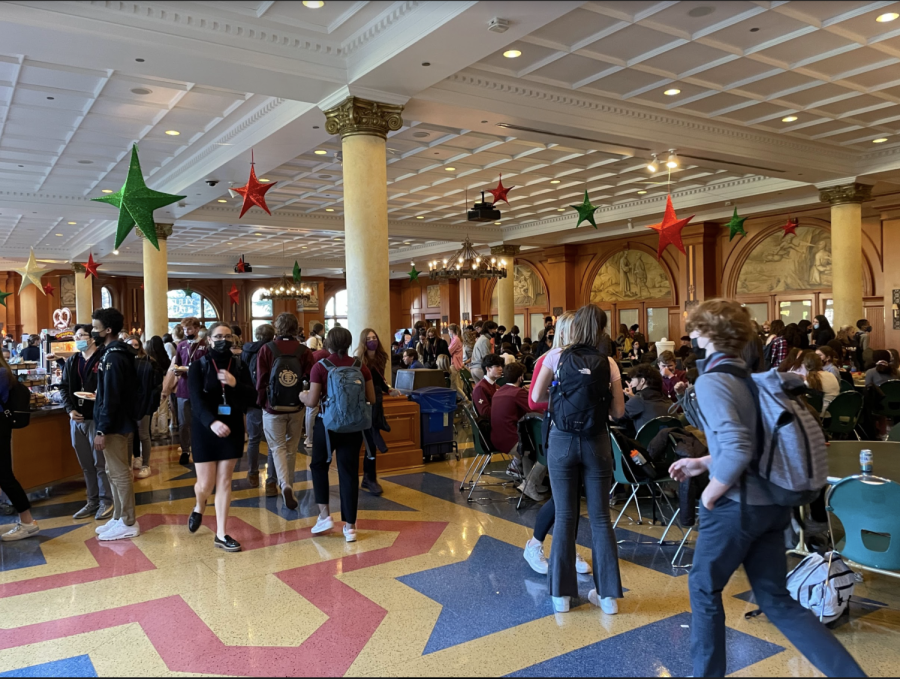 Tully Hall feels more packed than ever as the Wolfpack returns to school in its entirety. Courtesy of Daniel Bell

As many Ignatians, especially upperclassmen have noticed, Ignatius has expanded its student body to accommodate an influx of students in recent years. There are 388 students in the latest freshman class as opposed to 358 incoming freshmen in the Class of 2022. This year’s freshman class is the single largest in the past ten years. From 2016 to 2024, the average size of the freshman class grew by 2.2%. This year, it grew by 6%, nearly three times as much. Compared to last year’s hybrid schedule, only half of the student body was in school on any given day and passing periods were twice as long.

This, along with the fact that the school building has not been expanded in decades, it’s safe to say that the hallways are a little crowded this year.

Perhaps, the best example of the school’s growing student body is the long bathroom lines during every passing period. Lines typically reach out the door and it can take more time than the passing period allows for someone to use the bathroom.

As Brooke Ghaly ‘23 puts it, “the long lines make it so much harder to use the bathroom during class or a passing period because it extends the total amount of time and I end up missing part of class.” The lines are so long that many students walk to the bathroom, see the line, and turn around.

The choice between using the bathroom and being late to class seems like a gamble most students are not willing to risk. Katherine Jeske ‘24 says she “mostly just avoids the bathroom because it’s a ten minute detour during a five minute passing period.”

Katherine brings up a good point that teachers and students alike share the frustration of long bathroom lines. In fact, Mr. Juilliard says that the long lines have caused him “to be more flexible about students coming in late” and that the school should find a “way to prevent students from being uncomfortable in class since they didn’t have the opportunity to go during passing periods.”

As of now, students can only pray for one of the following: being first in line to the bathroom or having a merciful teacher. Hopefully, changes can be made to accomodate the needs of the student body.